It’s been a long while since I wrote a blog post. In the main, because I’ve not had much to say, but also because I’ve had my nose firmly to the grindstone pulling together lots of new projects which will eventually be films...which brings me neatly to the title of this post.

I am a great believer in supporting small, local businesses where possible.  Even in the centre of London, given the choice of a huge coffee shop chain or a small independent café – I will usually opt for the latter knowing that every flat white or homemade flapjack purchase really does make a difference.

Many, many times I have paid more than the ‘going rate’ for lunch, dinner, snacks, artwork, jewellery, clothes, classes, training - even pubs - because I know these places; I know their products; in some cases, I know their ethics, and in a lot of cases, I know the owners and families behind these small businesses.  I know how many months of planning, sleepless nights, sweat and tears have gone into getting them up and running; I know their daily slog to keep ticking along. I know my purchases and interaction with them make a difference – no matter how small – and thus, in my own little way, I help these businesses to grow, develop and make their own contribution to our economy.

I am also a small business.

It may seem strange to think it, but that is in fact what I am. I am an independent film producer which means I am not financed by any studio, particular group or person – I’m my own boss, my own financier, I make my own mistakes, my own successes. I do my own sh*t.

On a daily basis, I come across interesting information. Now and again I stumble across stories I utterly love and am passionate about, people I admire and want to work with; the visions I picture in my mind and the music I hear accompanying them – I want everyone to share in them. If a story touches my heart and soul, has the capability of making me happy, sad, confused, scared or focussed – that’s what I want an audience to feel.

Not many people understand what a producer actually does*. Most people think we generally swan around from one screening to the next, quaffing champagne and partying with luvvies. Don’t get me wrong, there is an element of that – but it really is all in a day’s work. If you ever see a producer walking slowly then they’re either talking to financiers or talent (actor, writer etc) or they’re figuring out a plot problem; if none of these apply, they’re more than likely about to drop dead. I don’t know many slow-walking producers. Nope. In fact, I know none at all. We are the ultimate ‘time is money and money is time’ people. If we can multitask multitasking, we’ll attempt it.

So anyway, back to me and my small business(es).

Every film I set up becomes a business of its own – like a sub-business of me – and every one of them has to be run correctly.  So, I myself am a business and I – alone or with other people – set up lots of new little businesses: these are the films, themselves. Are you keeping up? So far, so good.

As we all know, in order for a business to start up, one needs investment (unless you have a big pot of cash), but of course most people are unable to invest large amounts of money or it’s just not their thing; besides, investment should be viewed as a longer-term commitment. But there is an alternative available, which means you can help small businesses (in this case, films) to literally ‘start up’…and it is called crowdfunding.

Up until recently, I had never used crowdfunding for funding my own projects as I have always gone down the traditional route of financial investment/loans etc. This has generally been because the investment required has been at the lower budget end and as a possible outright sum for one or more backers, the sum is low enough to mitigate too much risk.  However, I have on many occasions in the past, contributed to an awful lot of crowdfunded projects via Indiegogo and Kickstarter: it’s been a nice way to say, “I believe in you/your project/product”.

Crowdfunding is essentially what it says on the tin – a crowd funds a project – and in the case of my current film, FIZZY DAYS, the crowd will only fund a small percentage of the film’s full budget. By asking people to ‘back’ the film we are asking them to literally chuck in a few quid to show their support and interest, and from as little as £10 backing, you can even choose a nice little gift (called a ‘Perk’) in return for your support. Is that not an interesting prospect? To sit in front of your TV/in the cinema in 18 months time and say, “I helped make that film happen”?

If you take part in crowdfunding, there is no financial return on your investment – you literally are donating funds towards the project and all of this money (minus a small % taken by the online platform) will go straight into our company bank account ready for preproduction. But more importantly, you are backing a small business, and if you know me on a personal basis, you would be backing a small local business. Of course, like I mention above, from a backing of £10 or more you get a Perk in return, so essentially it’s no different to me buying lunch, coffee, dinner, gym sessions, clothes, flowers etc from a small independent business and getting a product in return for my money spent.

I don’t work on projects I’m not passionate about; if I genuinely feel a film would be of artistic and commercial potential then I will give my heart and soul. If you know me, then you know I live, eat and breathe what I do…and luckily for me, lots of fabulous actors, actresses, award winning crew members and even the sales people really do like this film too.

So go on, for the price of just a couple of coffees, lunch – right up to however much you like – pop some funds into the pot and be part of something very cool.

It would be really great, if like me, you could see the huge potential of supporting small business by backing via the crowdfund – and rather than me tell you here all about the film, FIZZY DAYS - with its glam rock roots, 70s vibe and beautifully crafted, amusing, coming-of-age script - take a read through the campaign pages, watch the video, look at the artwork, check out the Perks for the film and make up your own mind. If you like what you see, consider donating a few quid or grabbing yourself a great Perk. We’re also on Facebook and Twitter – all links are below so pop over there, ‘like’ our page and give us a follow.

Then, just like any small business you use and like, tell your friends, colleagues and customers to do the same.  I know I do.

Thanks for reading.
Lx

*Film Producer - Wikipedia:
Film producers fill a variety of roles depending upon the type of producer.‪ Either employed by a production company or independent, producers plan and coordinate various aspects of film production, such as selecting script, coordinating writing, directing and editing, and arranging financing.‪‬ The average Hollywood film made in 2013 had just over 10 producer credits (producers, executive producers, co-producers, associate producers and other types of producer).‪ During the "discovery stage" the producer has to find and acknowledge promising material.‪ Then, unless the film is supposed to be based on an original script, the producer has to find an appropriate screenwriter.‪
For various reasons, producers cannot always personally supervise all of the production. As such, the main producer will appoint executive producers, line producers or unit production managers who represent the main producer's interests.‪ Among other things, the producer has the last word on whether sounds or music have to be changed or scenes have to be cut and they are in charge of selling the film or arranging distribution rights.
Hammered out by Lara at 19:13 No comments:

Out of the Ashes

I'm not even going to go into my grand absence from here. There's been way too much water tsunami-d under the bridge for that.

However..not sure what happened this morning.

Maybe it was being back at the gym yesterday after injury has caused me not to be able to punch a bag and lift weights for a while...maybe quite a few months' worth of decent sleep have built up a reserve of energy...maybe having taken a b-i-g step back from everything in order to reassess my life and goals has helped? Who knows - but christ almighty - today I'm all-guns-a-blazing. And boy am I back!

First up is my very own first feature development - proper. No pretending here. The gloves are off (actually they're back on, but that's just being back at the gym) and this film will get made if it's the last thing I do. I don't particularly want to Produce it (I will keep my Producer cap on at jaunty angle until such a time as I can hand it over) but I will most definitely be writing/directing. I don't want to be concerned with finances, logistics and feeding a crew - I just want to purely focus on the story, performance, feel and look of what's on screen.

It's a story that wants to be told - it's quite personal to me and so I'm just working out the best way to tell it. It's not going to be everyone's cup of tea and will be quite shocking and very dark in parts but heck yeah: I'm all over it. On it, like a car bonnet. It's early days, and it may take a while as I have TV things to work on as well, but who knows, it could turnaround quicker than I imagine.

Here are a couple of little soothing, chilled NSFW videos to go in line with the concept. I'll try and pop back more regularly in the future.


It's been pretty quiet around Tenacious Towers recently as I've had my nose to the grindstone, face to the floor, with some big deadlines looming - but thought I'd drop by and share a little something.

I wasn't quite sure what that little something was to be but I have decided to share this, my mantra:

"Plunge boldly into the thick of life, and seize it where you will, it is always interesting." ~ Goethe

and just for good measure:

Below is one of the very few things that has made me cry with laughter this week. I hope it tickles you too. 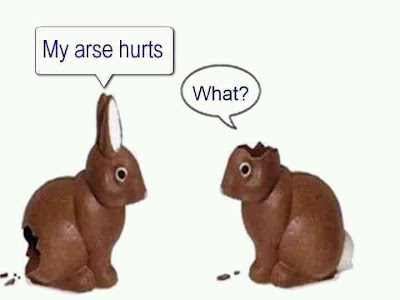 Your Life Is Now? 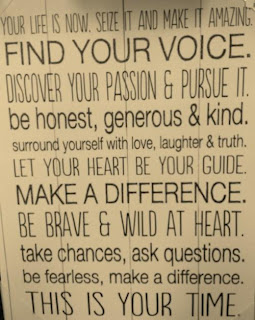 Pic stolen blatantly from www.realitybitesat40.blogspot.co.uk - thank you, LorettaLikes - how I love your blog.

For all those out there who haven't read it - you must. Most people I know will find it really insightful, but especially so if you're female, are not 25, have kids AND wish to carry on working in TV/Film! Gosh - who would have thought? What a mad combo! Mad, I say..!
Hammered out by Lara at 09:57 No comments:

Apostles of the Tenacity